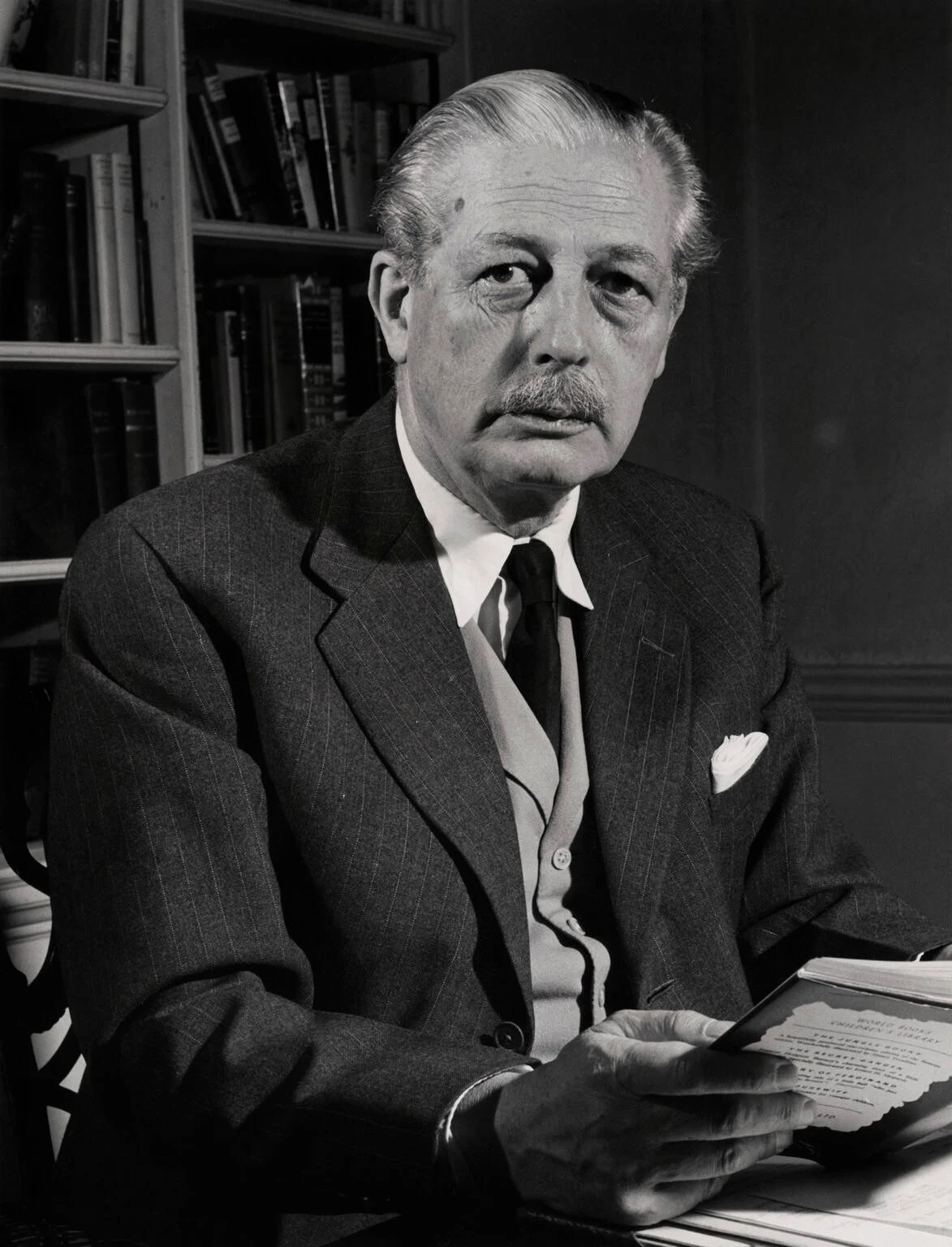 Maurice Harold Macmillan, 1st Earl of Stockton, (10 February 1894 – 29 December 1986) was a British Conservative statesman and politician who was Prime Minister of the United Kingdom from 1957 to 1963. Caricatured as "Supermac", he was known for his pragmatism, wit and unflappability.

Macmillan was badly injured as an infantry officer during the First World War. He suffered pain and partial immobility for the rest of his life. After the war he joined his family book-publishing business, then entered Parliament at the 1924 general election. Losing his seat in 1929, he regained it in 1931, soon after which he spoke out against the high rate of unemployment in Stockton-on-Tees. He opposed the appeasement of Germany practised by the Conservative government. He rose to high office during the Second World War as a protégé of Prime Minister Winston Churchill. In the 1950s Macmillan served as Foreign Secretary and Chancellor of the Exchequer under Anthony Eden.

When Eden resigned in 1957 following the Suez Crisis, Macmillan succeeded him as prime minister and Leader of the Conservative Party. He was a One Nation Tory of the Disraelian tradition and supported the post-war consensus. He supported the welfare state and the necessity of a mixed economy with some nationalised industries and strong trade unions. He championed a Keynesian strategy of deficit spending to maintain demand and pursuit of corporatist policies to develop the domestic market as the engine of growth. Benefiting from favourable international conditions, he presided over an age of affluence, marked by low unemployment and high—if uneven—growth. In his speech of July 1957 he told the nation it had 'never had it so good', but warned of the dangers of inflation, summing up the fragile prosperity of the 1950s. He led the Conservatives to success in 1959 with an increased majority.

In international affairs, Macmillan worked to rebuild the Special Relationship with the United States from the wreckage of the 1956 Suez Crisis (of which he had been one of the architects), and facilitated the decolonisation of Africa. Reconfiguring the nation's defences to meet the realities of the nuclear age, he ended National Service, strengthened the nuclear forces by acquiring Polaris, and pioneered the Nuclear Test Ban with the United States and the Soviet Union. After the Skybolt Crisis undermined the Anglo-American strategic relationship, he sought a more active role for Britain in Europe, but his unwillingness to disclose United States nuclear secrets to France contributed to a French veto of the United Kingdom's entry into the European Economic Community. Near the end of his premiership, his government was rocked by the Vassall and Profumo scandals, which to cultural conservatives and supporters of opposing parties alike seemed to symbolise moral decay of the British establishment. Following his resignation, Macmillan lived out a long retirement as an elder statesman, being an active member of the House of Lords in his final years. He was as trenchant a critic of his successors in his old age as he had been of his predecessors in his youth. He died in December 1986 at the age of 92; the second longest-lived Prime Minister in British history.

Macmillan was the last British prime minister born during the Victorian era, the last to have served in the First World War and the last to receive a hereditary peerage. Provided by Wikipedia
Showing 1 - 12 results of 12 for search 'Macmillan, Harold, 1894-1986' Refine Results
Search Tools: Get RSS Feed — Email this Search