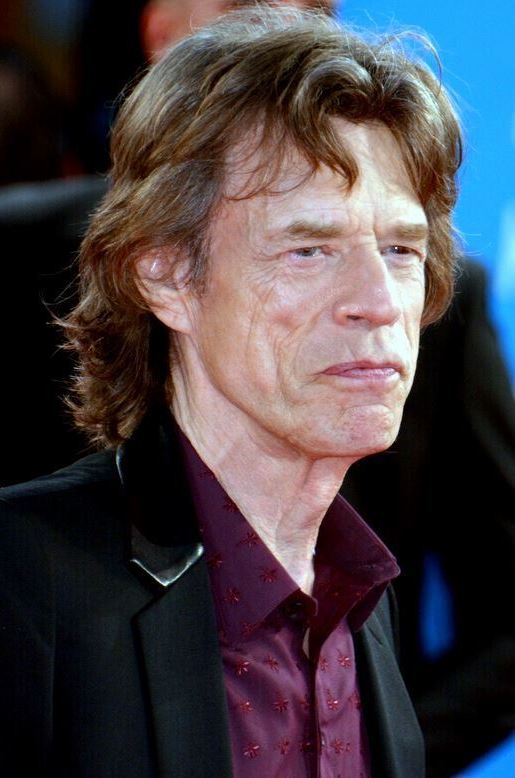 Sir Michael Philip Jagger (born 26 July 1943) is an English singer and songwriter who has achieved international fame as the lead vocalist and one of the founder members of the rock band the Rolling Stones. His ongoing songwriting partnership with Keith Richards is one of the most successful in history. Jagger's career has spanned over six decades, and he has been widely described as one of the most popular and influential frontmen in the history of rock music. His distinctive voice and energetic live performances, along with Richards' guitar style, have been the Rolling Stones' trademark throughout the band's career. Jagger gained press notoriety for his romantic involvements and illicit drug use, and was often portrayed as a countercultural figure.

Jagger was born and grew up in Dartford. He studied at the London School of Economics before abandoning his studies to join the Rolling Stones. Jagger has written most of the Rolling Stones' songs together with Richards, and they continue to collaborate musically. In the late 1960s, Jagger starred in the films ''Performance'' (1970) and ''Ned Kelly'' (1970), to a mixed reception. Beginning in the 1980s, he has released a number of solo works, including four albums and the single "Dancing in the Street", a 1985 duet with David Bowie that reached No. 1 in the UK and Australia and was a top-ten hit in numerous other countries.

In the 2000s, he co-founded a film production company, Jagged Films, and through them has produced feature films, beginning with the 2001 historical drama ''Enigma''. He began a solo recording career in 1985, releasing his first album, ''She's the Boss'', and joined the electric supergroup SuperHeavy in 2009. Relationships with the Stones' members, particularly Richards, deteriorated during the 1980s, but Jagger has always found more success with the band than with his solo and side projects. He was married to Bianca Pérez-Mora Macias from 1971 to 1978, and has had several other relationships, resulting in eight children with five women.

In 1989, Jagger was inducted into the Rock and Roll Hall of Fame, and into the UK Music Hall of Fame with the Rolling Stones in 2004. As a member of the Rolling Stones, and as a solo artist, he reached No. 1 on the UK and US singles charts with 13 singles, the top 10 with 32 singles and the top 40 with 70 singles. In 2003, he was knighted for his services to popular music. The genus ''Jaggermeryx naida'' and the type species ''Aegrotocatellus jaggeri'' are named for him. Jagger is credited with bringing a style and sexiness to rock and roll and with being a trailblazer in pop music that subsequent generations of musicians have followed. Provided by Wikipedia
Showing 1 - 2 results of 2 for search 'Jagger, Mick' Refine Results
Search Tools: Get RSS Feed — Email this Search