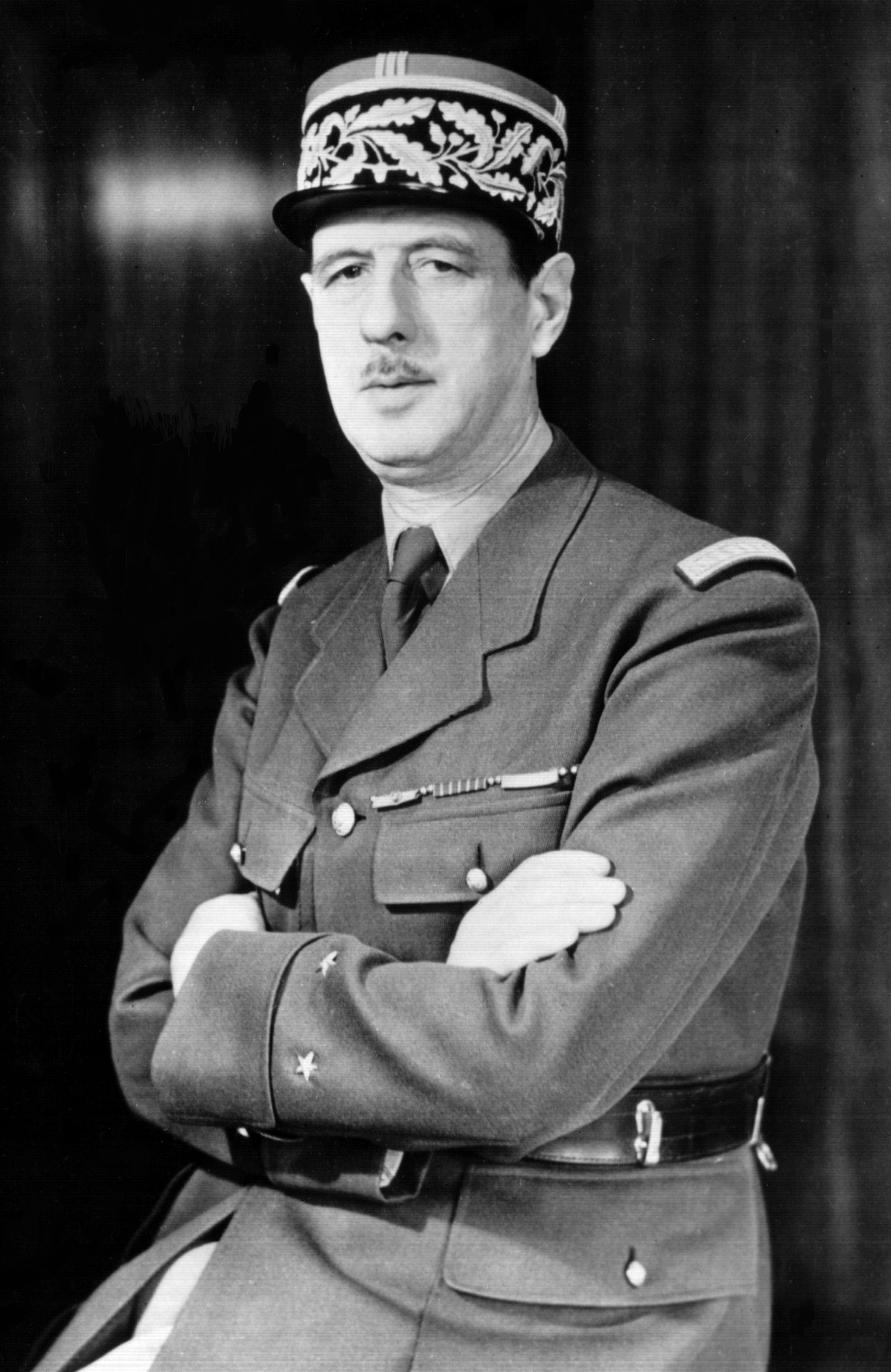 Charles André Joseph Marie de Gaulle (; ; commonly abbreviated as CDG and known in France simply as "''le général''", "the general"; 22 November 18909 November 1970) was a French army officer and statesman who led Free France against Nazi Germany in World War II and chaired the Provisional Government of the French Republic from 1944 to 1946 in order to restore democracy in France. In 1958, he came out of retirement when appointed President of the Council of Ministers (Prime Minister) by President René Coty. He rewrote the Constitution of France and founded the Fifth Republic after approval by referendum. He was elected President of France later that year, a position to which he was reelected in 1965 and held until his resignation in 1969.

Born in Lille, he graduated from Saint-Cyr in 1912. He was a decorated officer of the First World War, wounded several times and later taken prisoner at Verdun. During the interwar period, he advocated mobile armoured divisions. During the German invasion of May 1940, he led an armoured division which counterattacked the invaders; he was then appointed Undersecretary for War. Refusing to accept his government's armistice with Germany, de Gaulle fled to England and exhorted the French to resist occupation and to continue the fight in his Appeal of 18 June. He led the Free French Forces and later headed the French National Liberation Committee against the Axis. Despite frosty relations with the United States, he generally had Winston Churchill's support and emerged as the undisputed leader of Free France. He became head of the Provisional Government of the French Republic in June 1944, the interim government of France following its liberation. As early as 1944, de Gaulle introduced a dirigiste economic policy, which included substantial state-directed control over a capitalist economy which was followed by 30 years of unprecedented growth, known as the Trente Glorieuses. Frustrated by the return of petty partisanship in the new Fourth Republic, he resigned in early 1946 but continued to be politically active as founder of the Rassemblement du Peuple Français (RPF; "Rally of the French People"). He retired in the early 1950s and wrote his ''War Memoirs'', which quickly became a staple of modern French literature.

When the Algerian War was ripping apart the unstable Fourth Republic, the National Assembly brought him back to power during the May 1958 crisis. He founded the Fifth Republic with a strong presidency, and he was elected to continue in that role. He managed to keep France together while taking steps to end the war, much to the anger of the ''Pieds-Noirs'' (ethnic French born in Algeria) and the armed forces; both previously had supported his return to power to maintain colonial rule. He granted independence to Algeria and acted progressively towards other French colonies. In the context of the Cold War, de Gaulle initiated his "politics of grandeur", asserting that France as a major power should not rely on other countries, such as the United States, for its national security and prosperity. To this end, he pursued a policy of "national independence" which led him to withdraw from NATO's integrated military command and to launch an independent nuclear strike force that made France the world's fourth nuclear power. He restored cordial Franco-German relations to create a European counterweight between the Anglo-American and Soviet spheres of influence through the signing of the Élysée Treaty on 22 January 1963.

De Gaulle opposed any development of a supranational Europe, favouring Europe as a continent of sovereign nations. De Gaulle openly criticised the United States intervention in Vietnam and the "exorbitant privilege" of the United States dollar. In his later years, his support for the slogan "''Vive le Québec libre''" and his two vetoes of Britain's entry into the European Economic Community generated considerable controversy in both North America and Europe. Although reelected to the presidency in 1965, he faced widespread protests by students and workers in May 1968, but had the Army's support and won an election with an increased majority in the National Assembly. De Gaulle resigned in 1969 after losing a referendum in which he proposed more decentralisation. He died a year later at his residence in Colombey-les-Deux-Églises, leaving his presidential memoirs unfinished.

Many French political parties and leaders claim a Gaullist legacy; many streets and monuments in France were dedicated to his memory after his death. Provided by Wikipedia
Showing 1 - 20 results of 28 for search 'Gaulle, Charles de, 1890-1970' Refine Results
Search Tools: Get RSS Feed — Email this Search