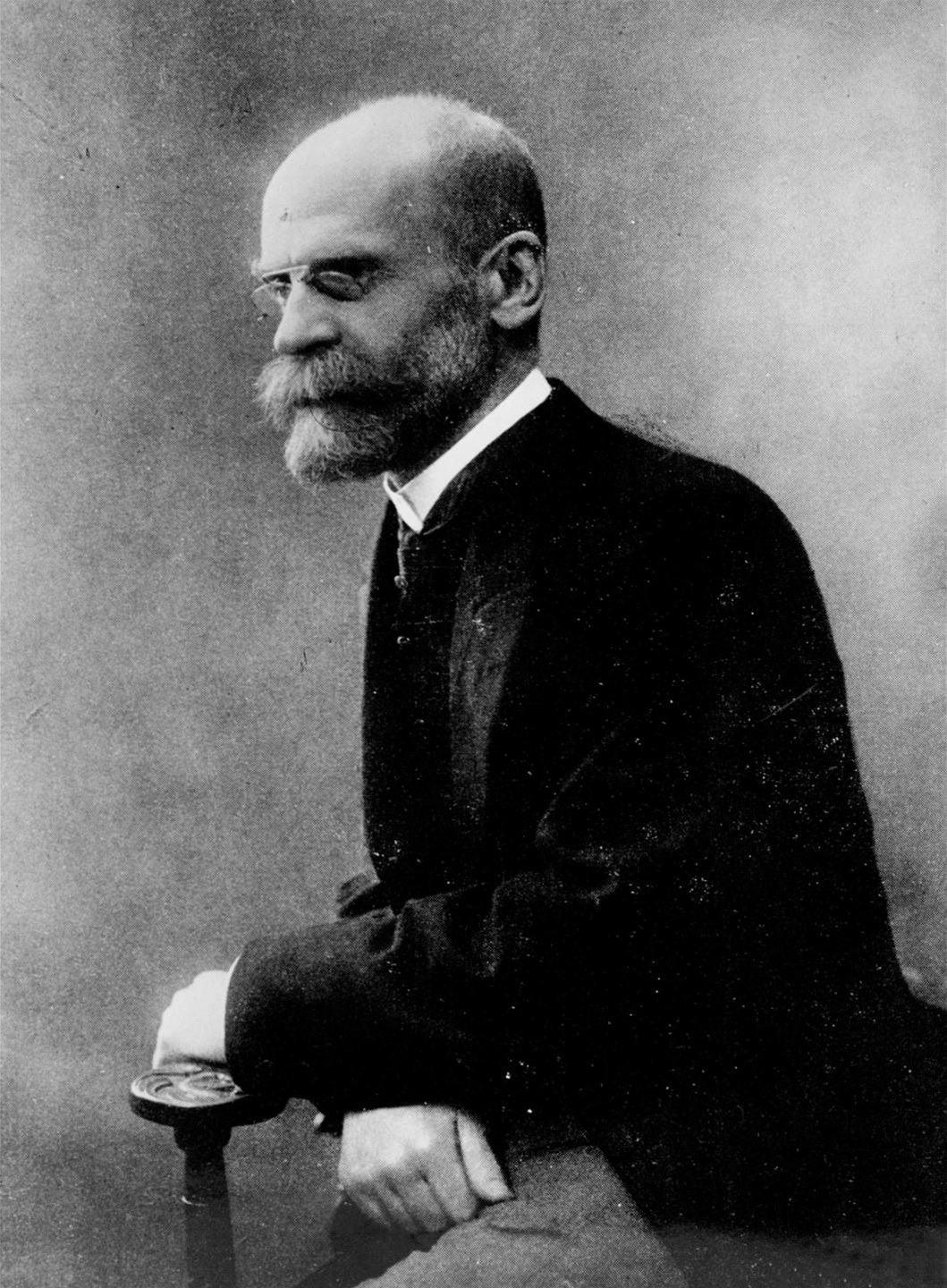 David Émile Durkheim ( or ; 15 April 1858 – 15 November 1917) was a French sociologist. Durkheim formally established the academic discipline of sociology and is commonly cited as one of the principal architects of modern social science, along with both Karl Marx and Max Weber.

Much of Durkheim's work was concerned with how societies can maintain their integrity and coherence in modernity, an era in which traditional social and religious ties are much less universal, and in which new social institutions have come into being. Durkheim's conception of the scientific study of society laid the groundwork for modern sociology, and he used such scientific tools as statistics, surveys, and historical observation in his analysis of suicides in Catholic and Protestant groups. His first major sociological work was (1893; ''The Division of Labour in Society''), followed in 1895 by (''The Rules of Sociological Method''), the same year in which Durkheim set up the first European department of sociology and became France's first professor of sociology. Durkheim's seminal monograph, ''Le Suicide'' (1897), a study of suicide rates in Catholic and Protestant populations, especially pioneered modern social research, serving to distinguish social science from psychology and political philosophy. The following year, in 1898, he established the journal ''L'Année Sociologique''. (1912; ''The Elementary Forms of the Religious Life'') presented a theory of religion, comparing the social and cultural lives of aboriginal and modern societies.

Durkheim was deeply preoccupied with the acceptance of sociology as a legitimate science. He refined the positivism originally set forth by Auguste Comte, promoting what could be considered as a form of epistemological realism, as well as the use of the hypothetico-deductive model in social science. For Durkheim, sociology was the science of ''institutions'', understanding the term in its broader meaning as the "beliefs and modes of behaviour instituted by the collectivity," with its aim being to discover structural social facts. As such, Durkheim was a major proponent of structural functionalism, a foundational perspective in both sociology and anthropology. In his view, social science should be purely holistic in the sense that sociology should study phenomena attributed to society at large, rather than being limited to the study of specific actions of individuals.

He remained a dominant force in French intellectual life until his death in 1917, presenting numerous lectures and published works on a variety of topics, including the sociology of knowledge, morality, social stratification, religion, law, education, and deviance. Some terms that he coined, such as "collective consciousness", are now also used by laypeople. Provided by Wikipedia
Showing 1 - 20 results of 32 for search 'Durkheim, Emile, 1858-1917' Refine Results
Search Tools: Get RSS Feed — Email this Search